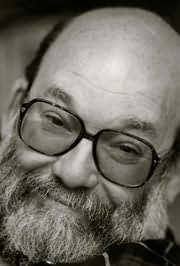 (1941 - 2006)
Frederick Busch was the recipient of many honors, including an American Academy of Arts and Letters Fiction Award, a National Jewish Book Award, and the PEN/Malamud Award. The prolific author of sixteen novels and six collections of short stories, Busch is renowned for his writings emotional nuance and minimal, plainspoken style. A native of Brooklyn, New York, he lived most of his life in upstate New York, where he worked for forty years as a professor at Colgate University.
Novels
I Wanted a Year Without Fall (1971)
Breathing Trouble (1973)
Manual Labor (1974)
The Mutual Friend (1978)
Rounds (1979)
Take This Man (1981)
Invisible Mending (1984)
Sometimes I Live in the Country (1986)
Closing Arguments (1988)
War Babies (1989)
Harry and Catherine (1990)
Long Way from Home (1993)
Girls (1997)
The Night Inspector (1999)
A Memory of War (2003)
North (2005)

Anthologies edited
The Stories of Frederick Busch (2013) (with Elizabeth Strout)

Desperate Characters (1970)
Paula Fox
"This perfect novel about pain is as clear, and as wholly believable, and as healing, as a fever dream."

Angels Go Naked (2000)
Cornelia Nixon
"Wise, magical... galvanized by a kind of sensual thought and an alertness to the ways we love and fail and insist on doing it again and again until we get lucky, until we get it right."
Visitors to this page also looked at these authors
Freida McFadden
Vernon Loder
Joanna Traynor
Philip Wylie