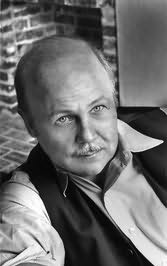 Michael Malone is the author of nine novels, one collection of short stories and two works of nonfiction. Educated at Carolina and at Harvard, he has taught at Yale, the University of Pennsylvania and Swarthmore. Among his prizes are the Edgar, the O. Henry, the Writers Guild Award and the Emmy. He lives in Hillsborough, North Carolina, with his wife, Maureen Quilligan, chair of the English department at Duke University.
Series
Savile and Mangum
1. Uncivil Seasons (1983)
2. Time's Witness (1989)
3. First Lady (2001)

The Darkness (2008)
(Jack Carston Mystery, book 3)
Bill Kirton
"When you read The Darkness be prepared to be manipulated and have your moral compass reset by this master storyteller. This book is clever, tightly constructed, immensely satisfying and peopled with a cast of completely believable characters, who pull you into their story and don't let you go until the final word."