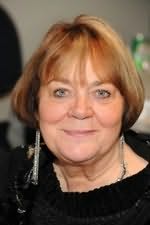 Downfall (2021)
Robert Rotenberg
"An unsparing exploration of the hostility between those who have it all, the members of an elite golf glub, and those who’ve lost it all, the squatters who make the ravine near the club their home. When two of the homeless are murdered, Ari Greene, the new head of the homicide squad, wads up the banal public relations statement he’s been handed and sets out to learn the truth. Rotenberg gets everything right in this stellar novel, but the scene in which ‘The Three Amigas,’ friends since they articled at the same law firm, have a late night meeting in the firm’s washroom is such a tender evocation of female solidarity that it brought me to tears."
Visitors to this page also looked at these authors
Rhys Bowen
C J Box
Peter Bowen
J A Jance
Lee Child
Alan Bradley
David Baldacci
Michael Connelly
Sarina Bowen
Alexandra Bracken
Jeffery Deaver
Valerie Bowman
Cee Bowerman
James Patterson
Elly Griffiths
Ann Cleeves