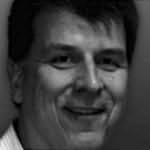 (Gordon J Brown)
G. J. Brown lives in Scotland but splits his time between the UK, the U.S.A. and Spain. Hes married with two children. Gordon once quit his job in London to fly across the Atlantic to be with his future wife. He has also delivered pizzas in Toronto, sold non alcoholic beer in the Middle East, launched a creativity training business called Brain Juice and floated a high tech company on the London Stock Exchange.
He almost had a toy launched by a major toy company, has an MBA, loves music, is a DJ on local radio, compered the main stage at a two-day music festival and was once booed by 49,000 people while on the pitch at a major football Cup Final.
Gordon has been writing since his teens and has four books published his latest, Meltdown, being the second in the Craig McIntyre series.
Gordon also helped found Bloody Scotland Scotlands International Crime Writing Festival.
Series
Charlie Wiggs
1. Falling (2009)
2. Falling Too (2017)

The Janus Run (2018)
Douglas Skelton
"What do you get if you mix a deep-cover agent, a witness protected mob member, a psychotic killer and more action than you can pull a trigger at? Welcome to the wonderful, high speed, rollercoaster planet that is Douglas Skelton's The Janus Run ."