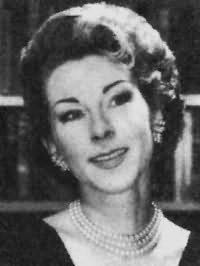 An author of comic-mysteries remembered for her wicked sense of humor, Pamela Byatt was born in 1920 on a tea estate in Ceylon, and was educated in England & France; studying art and theater. In England, Pamela married Newton Branch. They traveled extensively, living in places such as Cyprus and Ireland; and, amongst other jobs, both tried writing. The Branches divorced in the late 1950s. In 1962, she married James Edward Stuart-Lyon. Around this time, she was rumored to have been working on a fifth book, but no one knows what became of it. Pamela Branch died of cancer in 1967.
Series
Clifford Flush
1. The Wooden Overcoat (1951)
2. Murder Every Monday (1954)