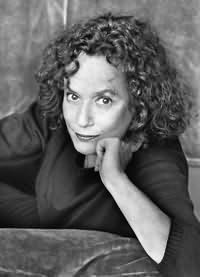 Betsy Carter is the author of The Orange Blossom Special, and her memoir, Nothing to Fall Back On, was a national bestseller. She currently writes for O: The Oprah Magazine, New York, Good Housekeeping, and Hallmark magazine, among others; formerly served as an editor at Esquire, Newsweek, Harper's Bazaar, and New York Woman; and was founding editor-in-chief of AARP's My Generation magazine. She lives in New York City.

Elsey Come Home (2019)
Susan Conley
"Susan Conley’s voice is so intimate and filled with such exquisite detail it was as if a friend was whispering Elsey Come Home in my ear. While Elsey is a character hemmed in by her own flaws and misgivings, her author is the opposite, showering us with emotional nuance and gorgeous writing that make this novel a showcase of modern domesticity with all its unpredictable complexities and triumphs. Anyone who has ever felt separate and finally comes together will find himself or herself in Elsey Come Home."
Visitors to this page also looked at these authors
Sarah Vaughan
Valerie Martin
James Patterson
Caroline Leavitt
Kristin Harmel
Melanie Benjamin
Lawrence Osborne
Fiona Davis
Gretchen Anthony
Rebecca Watson
Rachel Beanland
Becky Mandelbaum
Iris Johansen
Mark Billingham
Susan Mallery
Wendy Holden