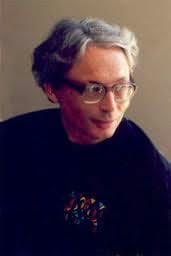 (1956 - 2008)
Hugh Cook was a cult author whose works blend fantasy and science fiction. He is best-known for his epic series The Chronicles of an Age of Darkness. Hugh Walter Gilbert Cook was born in Essex, England in 1956. After spending his early childhood in England he moved to Ocean Island (now Banaba Island in Kiribati). His experiences of English castles and of life on an equatorial island later influenced his writing.