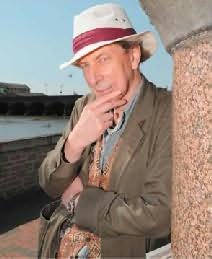 (b.1946)
Vernon Coleman is the author of 114 books which have sold over 2 million copies in the UK, been translated into 23 languages and now sell in over 50 countries. His non-fiction books include 'Bodypower' (voted one of the nation's 100 most popular books by British readers) and 'How To Stop Your Doctor Killing You' and his novels include 'Mrs Caldicot's Cabbage War' (which has been turned into a major movie starring Pauline Collins) and the Bilbury series of books.

Vernon Coleman has a medical degree and has worked as a GP and a hospital doctor. Often described as an 'iconoclast' he has organised numerous campaigns for people and for animals. Although he now concentrates on writing books he has in the past presented numerous programmes on television (he was breakfast TV's first doctor) and radio and has written over 5,000 columns and articles for over 100 of the world's leading newspapers and magazines.

Collections
Stories with a Twist in the Tale (2015)