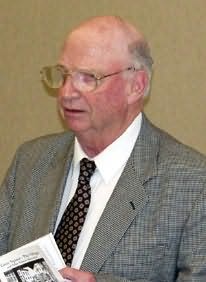 (b.1940)
Ed  is an author. He graduated from Sacred Heart High School, then served two years in the United States Army. In 1962 in joined the New York City Police Department (NYPD). He earned a BA from Fordham University.
He retired from the NYPD as a lieutenant and then he began to write. He earned an MFA in creative writing from Arizona State University. His first novel, 14 Peck Slip, was named a notable book of the year in 1994 by the New York Times.