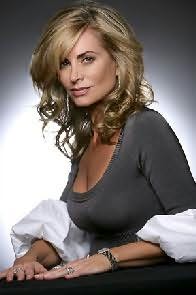 Eileen Davidson originated the role of Jabot Cosmetics executive Ashley Abbott on The Young and the Restless in 1982. She departed the show in 1989 and returned in 1999. Davidson was nominated for a Daytime Emmy in the category of "Outstanding Lead Actress in a Drama Series" in 2003, and was nominated for a Soap Opera Award for "Favorite Return" in 1999. In 1998, she made daytime television history for portraying five characters at one time on Days of Our Lives, and was honored with a Daytime Emmy nomination for "Outstanding Lead Actress in a Drama Series" for her performances. She previously portrayed Kelly Capwell on the daytime drama Santa Barbara. Davidson also starred in the primetime television series Broken Badges and the telefilm Sharing Richard with Ed Marinaro.

Her feature film credits include starring roles in Eternity with Jon Voight and Armande Assante, and Easy Wheels, with Paul LeMat. She also starred in The House on Sorority Row. A Southern California native, she lives in Los Angeles with her husband, Vincent Van Patten; her son, Jesse; and two stepsons, Duke and Vinny. When Davidson is not working, she surfs, snow skies and scuba dives. She also plays piano, paints and enjoys writing.