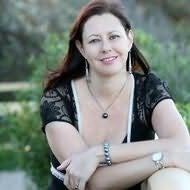 aka Kate Humphrey
Kate Forsyth is an Australian fantasy author, best known for the Witches of Eileanan series, and the Rhiannon's Ride series, which is also set in Eileanan.She is the author of several children's fantasy books, including The Gypsy Crown, The Starthorn Tree, Dragon Gold and Wishing For Trouble. She is an internationally published poet with a collection called Radiance, and has published a novel called Full Fathom Five under her maiden name, Kate Humphrey.

Night of a Thousand Stars (2014)
Deanna Raybourn
"Night of A Thousand Stars brims over with romance, adventure, suspense and humour. I wish someone would make it into a movie!"

Dreamer's Pool (2014)
(Blackthorn & Grim, book 1)
Juliet Marillier
"A new book by Juliet Marillier is always a cause for celebration ... A dark and enthralling tale of mystery, magic and romance."

The Pearler's Wife (2018)
Roxane Dhand
"An assured debut novel … a sweeping romance set in a little-known corner of Australian history … a story full of tension, drama and romance."

The Botanist's Daughter (2018)
Kayte Nunn
"The riveting story of two women, divided by a century in time, but united by their quest to discover a rare and dangerous flower said to have the power to heal as well as kill. Fast-moving and full of surprises, The Botanist's Daughter brings the exotic world of 19th-century Chile thrillingly to life."

In the Blink of an Eye (2019)
Jesse Blackadder
"Quite simply a masterpiece."