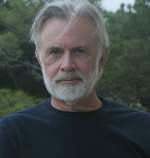 (b.1949)
Writing the Billy Boyle World War II mystery series (published by the wonderful folks at Soho Press) has brought me an immense amount of joy. I've gotten to meet people in person and online from all over the world and hear their reactions, feedback, and most importantly, their own stories.

In addition to the Billy Boyle series, two stand-alone books have been published by E-Reads. On Desperate Ground is a WWII thriller in the grand tradition of Jack Higgins, and Souvenir is an exploration of memory, identity, sorrow and loss during the lifetime of a veteran of the Second World War.

Fall of Angels (2018)
(Inspector Redfyre Mystery, book 1)
Barbara Cleverly
"Imagine Lord Peter Wimsey attended Cambridge instead of Oxford, and needed a job of work to support himself. And there you have it, Inspector Redfyre, a toff as adept at detection as he is at wordplay. Fall of Angels is sharp, witty, and pleasingly surprising."

Task Force Baum (2019)
James D Shipman
"From the first crackling sentence to the vividly rendered climax, Task Force Baum provides the reader with a tempo that never flags. Based on a controversial raid in WWII to liberate a POW camp behind Nazi lines, this novel is revealing, and at the same time, great reading entertainment."

The King's Justice (2020)
(Maggie Hope, book 9)
Susan Elia MacNeal
"In The King's Justice, Maggie Hope, a veteran of missions for the Special Operations Executive, is suffering from what we now call PTSD and doing it none too quietly. The mystery is riveting, but Maggie's emotional journey is at the heart of this superb novel as she struggles to come to grips with the impact of the violence she has endured, as did so many. I devoured this story."
Visitors to this page also looked at these authors
Rhys Bowen
Jacqueline Winspear
Charles Todd
Louise Penny
Lee Child
David Baldacci
Frances Brody
Alan Bradley
Michael Connelly
Steve Berry
Ann Cleeves
Susan Elia MacNeal
Laura Gail Black
Peter Tremayne
Laurie R King
Ace Atkins