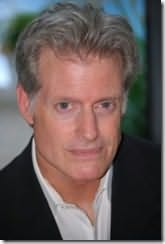 Michael Ennis is the New York Times best selling author of the historical thriller The Malice of Fortune. His previous international best-selling historical novels are Byzantium and Duchess of Milan.

Ennis earned his degree in history from the University of California, Berkeley, and is a former John D. Rockefeller III Foundation Fellow. His non-fiction writing, on subjects ranging from military preparedness and national politics to art and architecture, has won several national awards, been included in the curriculum of the U.S. Military Academy at West Point, and has been published in a number of books and anthologies as well as magazines ranging from Esquire and Texas Monthly to I.D., ARTnews, and Architectural Digest.
Novels
Byzantium (1989)
Duchess of Milan (1992)
The Malice of Fortune (2012)