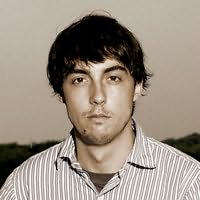 Matt Gallagher is a former US Army captain and the author of the acclaimed Iraq war memoir Kaboom, based on the popular and controversial blog he kept while he was deployed. He holds an MFA in fiction from Columbia and has written for the New York Times, the Atlantic, the Daily Beast, and Boston Review, among others. He lives with his wife in Brooklyn.

His debut novel Youngblood is forthcoming in February 2016 from Atria/Simon & Schuster.

They Come in All Colors (2018)
Malcolm Hansen
"An urgent and heartrending novel about an America on the brink. With force, Malcolm Hansen writes about race, identity and the fleeting deceptions of youth."

Silent Hearts (2018)
Gwen Florio
"Too often in stories of modern war, the everyday lives of those caught up in its ravages are pushed to the background. Not so in Silent Hearts, a ferocious, whip-smart tribute to those everyday lives. Readers will become immersed in the hopes and fears of Farida and Liv, and find themselves wishing we all possessed the courage of these women. If we did, the world would be a much finer place."

Pieces of Me (2018)
Natalie Hart
"Pieces of Me churns with love and rage and hope and terror, as only the best war books can. Natalie Hart writes like a born storyteller, and she uses that gift here to explore how the Iraq War lingers in the dark corners of souls desperate to move on from it. Readers are in for a ride."