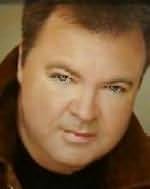 (b.1965)
Thomas Greanias is a New York Times bestselling novelist whose books in print have been translated into many languages and sold in more than 200 countries and territories worldwide. Hailed for their intrigue, imagination and adventure, his blockbuster thrillers include Raising Atlantis, The Atlantis Prophecy, The Atlantis Revelation, The Promised War, The 34th Degree, The Alignment Ingress, The War Cloud, Dominium Dei and Dilesios.

He is also the founder of @lantis Media Corp., a digital publishing and transmedia company that has created multiple No. 1 bestselling ebooks, audiobooks and interactive entertainment. Most recently it began co-publishing Google's first-ever line of fiction for Ingress, the massively multiplayer online role-playing mobile augmented reality game.