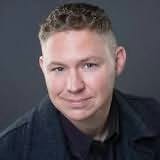 James R. Hannibal is a former US Air Force Stealth Bomber pilot with over a thousand hours of combat experience including over-watch, close air support, and HVI captures. He graduated from the US Air Force Academy in 1997 with a bachelors of science in Middle Eastern Studies and earned a masters of science from Central Missouri State University in Aviation Safety Sciences. His flying career included the A-10 Warthog, B-2 Stealth Bomber, MQ-1 Predator, T-38 Talon, T-37 Tweet, and the Boeing 737, 757, and 767. When he is not flying or writing thrillers, James occasionally reviews for the New York Journal of Books.