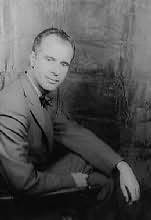 (1914 - 1993)
John Richard Hersey was a Pulitzer Prize-winning American writer and journalist considered one of the earliest practitioners of the so-called New Journalism, in which storytelling devices of the novel are fused with non-fiction reportage. Hersey's account of the aftermath of the atomic bomb dropped on Hiroshima, Japan, was adjudged the finest piece of journalism of the 20th century by a 36-member panel under the aegis of New York University's journalism department.