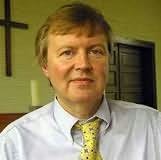 (b.1951)
Martin Hegwood was raised on the Mississippi Gulf Coast with his parents, who were in the shrimping business. He lived next to his grandparents, who were farmers.  He spent many years when he was young getting boats out of the water and repairing them.  Currently lives in Canton, Mississippi, with his wife is Linda Hegwood, who is a teacher at Madison-Ridgeland Academy.  He is a government attorney who works at the State Secretary’s Office in Jackson, Mississippi.  His favorite writers are John D. McDonald, James Lee Burke, and Ross McDonald (Madison County Journal).

Martin Hegwood writes mystery novels.  He says he got into the mystery genre by “playing the odds.”  He wanted to write novels in the most published genre under fiction, which is the romance genre (because of their success),  but says “I can’t even read one all the way through” (Hegwood).  Therefore, he chose the second most published fiction genre, the mystery genre.  He has written two novels to date, which are titled Big Easy Backroad (1999) and A Green-Eyed Hurricane (2000).  Both novels focus around the life of private investigator Jack Delmas.  Jack is an alter ego of Martin Hegwood.  Hegwood says that there is some of Jack in him.  He add, “I think Jack is a regular guy, and all Jack wants people to do is leave him alone.”   His first book, Big Easy Backroad, has  been very well received, which, according to the Madison County Journal, is “extraordinary for a first time novelist.”  Another novel Massacre Island was released in July of 2001, and it also has Jack Delmas as the protagonist.  He is also currently working on a fourth  Jack Delmas novel.

Hegwood has a very busy life.  He has NO extra time.  He has had many jobs and could have gone into the family business (Plots With Guns).  Currently, he works at the Mississippi Secretary of State’s office all day and will often write from 4:00 AM until 7:15 AM.  He usually takes a small tape recorder and talks into it while driving, and his wife listens to the tapes and types up his ideas (Madison County Journal).  In addition, he travels approximately six or seven days out of each month to attend book signings (Plots With Guns).

Hegwood says that he is constantly writing something and hopes to write a novel that is a political thriller set in Washington.  He also plans to write a multi-generational story about a Mississippi family from Reconstruction to the present day.  He has also finished another novel involving Jack Delmas which will be coming out in the near future Hegwood).
Series
Jack Delmas
1. Big Easy Backroad (1999)
2. The Green-Eyed Hurricane (2000)
3. Massacre Island (2001)