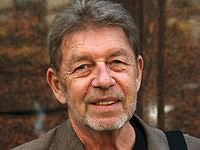 (1935 - 2020)
Pete Hamill was an American journalist, novelist, essayist, editor and educator. Widely traveled and having written on a broad range of topics, he is perhaps best known for his career as a New York City journalist. Hamill was a columnist and editor for the New York Post and The New York Daily News.

The Circle Home (1960)
Edward Hoagland
"The best novel written by anyone about the world of professional prizefighting."

Memos from Purgatory (1961)
Harlan Ellison
"Harlan Ellison is the dark prince of American letters, cutting through our corrupted midnight fog with a switchblade prose. He simply must be read."