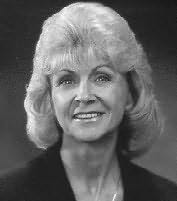 BJ James is a native North Carolinian and the mother of three boys. She married her high school sweetheart straight out of college and soon found that books were delightful companions during her lonely nights as a doctor's wife. But she never dreamed she would be more than a reader, never expected to be one of the blessed, letting her imagination soar, weaving magic of her own.

BJ has twice been honored by the Georgia Romance Writers with their prestigious Maggie Award for Best Short Contemporary Romance. She has been nominated for and received a number of awards from Romantic Times, most recently: Critic's Choice Award of 1994 - 1995, Career Achievement Award for Series Storyteller of the Year, and Best Desire of 1994 -1995 for The Saint of Bourbon Street.

Her books are national best sellers, making the best selling lists of Waldenbooks, B. Dalton, Publishers Weekly, and USA Today.

World's Most Eligible Bachelors
Agent of the Black Watch (1999)