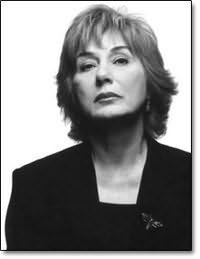 Turkey (b.1941)
Aye Kulin is a Turkish contemporary novelist and columnist.
Kulin graduated in literature from the American College for Girls in Arnavutköy. She released a collection of short stories titled Günee Dön Yüzünü in 1984. A short story from this called Gülizar was made into a film titled Krk Bebek in 1986, for which she won a screenplay award from the Turkish culture ministry. Kulin worked as a screen writer, cinematographer and producer for many films, television series and advertisements. In 1986, she won the Best Cinematographer Award from the Theatre Writers association for her work in the television series Ayal ve Kiraclar.

In 1996, she wrote a biography of Münir Nureddin Selçuk titled Bir Tatl Huzur. With a short story called Foto Sabah Resimleri she won the Haldun Taner Short Story Award the same year and the Sait Faik Story Prize the next year. In 1997, she was chosen as the "Writer of the year" by the stanbul Communication Faculty for her biographical novel Ad Aylin, She won the same award the next year for her short story Geni Zamanlar. In November 1999, she wrote a novel called Sevdalinka about the Bosnian Civil War and in 2000, a biographical novel called Füreyya. In June 2001, she put out a novel titled Köprü about drama in Turkey's eastern provinces and how they shaped the republic's early history.

In May 2002, Kulin wrote a novel titled Nefes Nefes'e about the Turkish diplomats who saved in the lives of Jews during the holocaust in World War 2.