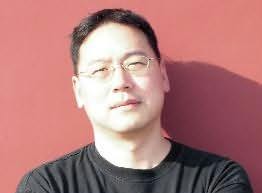 Ed Lin is the author of Waylaid. Published by Kaya in 2002, Waylaid was universally praised in a broad range of publications including Booklist, Asianweek and Playboy. Waylaid was named to Booklist's Editors Choice 2002 list and also won the Members' Choice Award from the Asian American Writers Workshop in 2003. This Is a Bust, Lin's second novel, was published by Kaya in December 2007 to a pre-publication starred review in Booklist. Ed Lin lives in New York with his wife, actress Cindy Cheung.