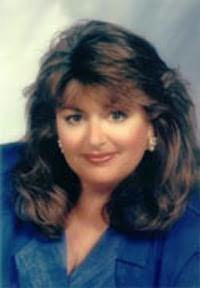 (b.1948)
Jill Marie Landis is an award-winning American romance writer. Born on November 8, 1948 in Clinton, Indiana, she moved to California withher family when she was 10 years old, and her love affair with the beach quickly blossomed. Here she met her husband, Steve, and graduated from LongBeach State University with a B.A. in History. Degree in hand, she pursued a 10-year career as a kindergarten teacher before she found her true gift,writing novels.

Known for the emotional intensity of her stories and the depth of her characters, Jill Marie is considered one of the country's foremost authors of women's fiction. She has two walls full of writing awards, one in her Long Beach home, a cottage once owned by Upton Sinclair and where the legendary writer reportedly penned some of his most famous works. The other is in the Hawaiian island retreat where Jill Marie and her husband enjoy their passion for sun, surf, and sand.

Jill Marie broke into publishing in 1988 with SUNFLOWER, the first of many books to earn distinguished awards and slots on such national bestseller lists as USA Today's Top 50 and the New York Times' Bestsellers Plus. SUNFLOWER won The Romance Writers of America's Golden Heart for the Best Unpublished Novel, and, after it was published, the Golden Medallion for Best Published Single-Historical Romance. In 1993 Jill Marie's COME SPRING was given the organization's Golden Choice Award for favorite novel of the year. BLUE MOON, out in 1999, earned Amazon.com's distinction as one of the year's 10 Best Historical Romance Novels of approximately 2000 published.SUMMER MOON, Jill Marie's first hardcover, was chosen by Library Journal as one of the Top Five Romance Fiction Novels of 2001.

In recent years, as readers' tastes changed, Jill Marie switched her focus to writing novels set in today's world. With the beach in her blood, it was only natural that Jill Marie chose a coastal setting when she sat down to write her debut contemporary novel, LOVER'S LANE. Published by BallantineBooks in July 2003 in hardcover and in May of 2004 in paperback, LOVER'S LANE is the launch book in Jill Marie's Twilight Cove Series set in afictional northern California beach town. The second book in the series, HEAT WAVE, now in paperback, has garnered a number of "perfect 10" reviews.

HEARTBREAK HOTEL, the third book of the trilogy, is available in hardcoverfrom Ballantine. Chosen by "Booklist" as one of the Top Ten Romances of 2005, HEARTBREAK HOTEL is "an involving, ultimately feel-good tale about a widow struggling to run a dilapidated hotel..." and the mysterious loner who checks in as her first guest.

With so many major awards and bestseller credits on her resume, Landis, in her usual light-hearted manner, claims one of her greatest achievements has been kayaking around Kauai's Na Pali coastline, a six-and-a-half-hour paddle considered the "Mount Everest of kayaking."

When she's not writing, Jill Marie enjoys raising orchids and working in her garden, playing the ukulele, dancing the hula and quilting. Currently she isworking on a new writing project.

A Handful of Heaven (1991)
Kristin Hannah
"Reminiscent of LaVyrle Spencer... A heartwarming love story that was a delight from start to finish."

Snowbird (1994)
Stef Ann Holm
"A thrill-a-minute Western romance that is a delight to read!"

The Beauty of the Mist (1997)
(MacPherson Clan, book 3)
May McGoldrick
"A wonderful blend of romance and intrigue."

Enchanted by You (1998)
Kathleen Harrington
"Always a winner!"

Painted By the Sun (2000)
(Women's West, book 4)
Elizabeth Grayson
"An emotional triumph. Don't miss this novel of a lifetime."