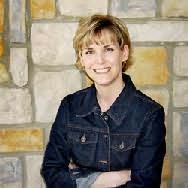 Jackie has been making up stories since she was in grade school, but she followed her father's sage advice to get a day job and attended college after leaving high school. She graduated with honors from Central Michigan University in 1987 with a degree in journalism.

After briefly flirting with a career in magazine publishing -- she interned at Good Housekeeping in New York during college -- she settled on working in newspapers. She began as a copy editor at the Grand Rapids Press in Grand Rapids, Mich., and the Niagara Gazette in Niagara Falls, N.Y. In 1991 she became the first female editorial writer at the Flint Journal in Flint, Mich.

She began her own "happily ever after" in 1993 when she married her husband, Mark. They are the proud parents of a son, Daniel.

Her second book, True Love, Inc. -- a June 2002 Silhouette Romance title -- was a RITA® Award and National Readers' Choice finalist. She decided to leave the Journal in January 2004 to concentrate on fiction and spend more time with her family. She is happily working on several projects and running around after her son.