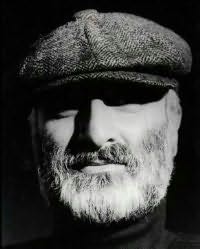 aka Nicholas Brady, Gordon Davis, Josh Edwards, Richard Gallagher, Leonard Jordan, Philip Kirk, John Mackie, Cynthia Wilkerson
Born in New Bedford, Massachusetts, Len Levinson served on active duty in the U.S. Army from 1954-1957, and graduated from Michigan State University with a BA in Social Science. He relocated to NYC that year and worked as an advertising copywriter and public relations executive before becoming a full-time novelist.

Len created and wrote a number of series, including the Apache Wars Saga, The Pecos Kid, and The Rat Bastards. He has had over 80 titles published.
After many years in NYC, he moved to a small town (pop. 3100) in rural Illinois, surrounded by corn and soybean fields, a peaceful, ideal location for a writer.