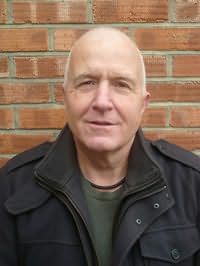 Graham was born in Cheltenham, Gloucestershire and lived there for 18 years before studying for a degree in Modern and Medieval Languages at Churchill College, Cambridge.

He taught for several years, first in Cheltenham and then in West Sussex before opting to go part-time and start an MA in Creative Writing at the University of Chichester. Completing the course in 2008, he gained a distinction for the dissertation under the guidance of novelist, Alison MacLeod and almost immediately won the Segora Short Story Competition with ‘On the Way Out’.

Other awards soon followed, most notably his success in the 2010 Chapter One novel competition with what would eventually become the opening pages of his debut novel. He was signed up by Peter Buckman of the Ampersand Agency, who managed to secure a two-book deal with twenty7, the digital-first adult fiction imprint of Bonnier Publishing.

Graham lives with his wife and children in West Sussex but retains close links with the rest of his family in Cheltenham.