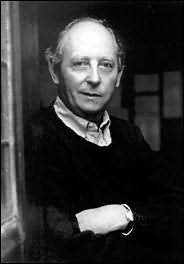 Ireland (1934 - 2006)
McGahern began his career as a schoolteacher at Scoil Eoin Báiste (Belgrove) primary school in Clontarf, Ireland, where, for a period, he taught the eminent academic Declan Kiberd before turning to writing full-time. McGahern's second novel 'The Dark' was banned in Ireland for its alleged pornographic content and implied clerical sexual abuse. In the controversy over this he was forced to resign his teaching post. He subsequently moved to England where he worked in a variety of jobs before returning to Ireland to live and work on a small farm in Fenagh in County Leitrim, located halfway between Ballinamore and Mohill. His third novel 'Amongst Women' was shortlisted for the 1990 Man Booker Prize.
Novels
The Barracks (1963)
The Dark (1965)
The Leavetaking (1974)
The Pornographer (1979)
Amongst Women (1990)
That They May Face the Rising Sun (2002)
aka By the Lake