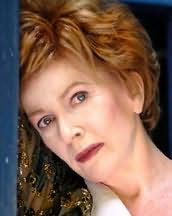 Ireland (b.1932)
Mother of Carlo Gébler
In more than twenty books, Edna O'Brien has charted the emotional and psychic landscape of her native Ireland. Often criticised in her own country for her outspoken stance, she has forged a universal audience; the San Francisco Chronicle described her as 'a worthy heir to the great Irish forebears in Irish literature', while Le Figaro noted that 'the breathlessness of her language is comparable to Faulkner'. Awards and prizes include the Irish PEN Lifetime Achievement Award, Writers' Guild of Great Britain, Premier Cavour (Italian), American National Arts Gold Medal and Ulysses Medal 2006.

Anthologies containing stories by Edna O'Brien
Mistresses of the Dark (1998)

The Last of Summer (1943)
Kate O'Brien
"This novel perfectly captures the mood and landscape of a corner of Ireland."

The Pumpkin Eater (1962)
Penelope Mortimer
"Almost every woman I can think of will want to read this book."

Grace (2017)
Paul Lynch
"A beautifully written novel, with a haunting story and deep echoes of the Ancients."