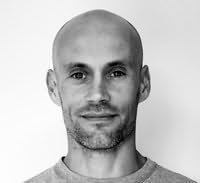 (1891 - 1965)
John Metcalfe is a writer and academic based in the UK. He first started writing for magazines in the nineties and his work has appeared in Dirt, MBR, Australian Mountain Bike, MBI, On The Hill and Singletrack.

His first book Mountain Bike Fitness Training was published in 2001 by Mainstream Publishing and received wide acclaim. His second book Dividing the Great saw John venture into travel writing and it quickly became no.1 Kindle bestseller in American travel.

Articles from his Ph.D. have appeared in several academic journals and his philosophical musings have been published as chapters in academic books.

His debut novel Praesagium follows three strangers who are preoccupied with their own futures. But when their paths cross in Mexico none of them had foreseen the outcome.
Novels
The Feasting Dead (1954)
My Cousin Geoffrey (1956)