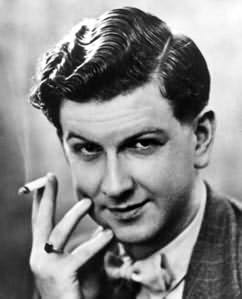 (1921 - 1978)
Edmund Crispin was the pseudonym of (Robert) Bruce Montgomery. His first crime novel and musical composition were both accepted for publication while he was still an undergraduate at Oxford. After a brief spell of teaching, he became a full-time writer and composer (particularly of film music. He wrote the music for six of the Carry On films. But he was also well known for his concert and church music). He also edited science fiction anthologies, and became a regular crime fiction reviewer for The Sunday Times. His friends included Philip Larkin, Kingsley Amis and Agatha Christie.He had always been a heavy drinker and, unfortunately, there was a long gap in his writing during a time when he was suffering from alcohol problems. Otherwise he enjoyed a quiet life (enlivened by music, reading, church-going and bridge) in Totnes, a quiet corner of Devon, where he resisted all attempts to develop or exploit the district, visiting London as little as possible. He moved to a new house he had built at Week, a hamlet near near Dartington, in 1964, then, late in life, married his secretary Ann in 1976, just two years before he died from alcohol related problems. His music was composed using his real name, Bruce Montgomery.