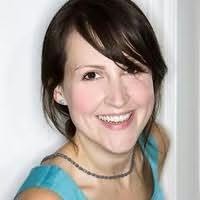 Julie is an actress turned writer who still acts but mostly writes.

Her debut novel, Red Ink, was also published by Hot Key Books, and was nominated for the 2014 CILIP Carnegie Medal and shortlisted for the Branford Boase Award 2014.

For radio, Julie has written three plays, including A Shoebox Of Snow, which was a finalist for Best Drama at the inaugural BBC Audio Drama Awards, and The Electrical Venus which is nominated for Best Drama at the upcoming 2016 BBC ADAs. She has also written short stories for BBC Radio 4  a trilogy based on the Rapunzel fairytale.

This year she was awarded an Arts Council England award and K Blundell Trust Award to write her next project, set in her hometown of Peterborough. Previous support for Julies work has come from the Arvon/Jerwood Mentoring Scheme where she was tutored by Maria McCann, and from Headlong theatre company, where she was a member of their first ever invitational Writers Group.

Julie grew up in Peterborough, and originally trained as a journalist, putting those skills to excellent use in her first job as a Black Thunder Babe breakfast presenter for local radio. She has since written extensively for the national press.

Home is now Hertfordshire where she is a founder and host of short story cabaret The Berko Speakeasy and heads up creative writing initiative The Berko Writers Workshop.

She is mum to two boys. She is quite good at ice skating.

After the Last Dance (2015)
Sarra Manning
"I finished After the Last Dance with a massive smile on my face (post tears, that is). It's thrilling. I just loved Rose - old and young - and Jane was the perfect spiky lead that you know you shouldn't like but do anyway."
Visitors to this page also looked at these authors
Val McDermid
Peter May
Laura Marshall
D H Lawrence
Ngaio Marsh
George R R Martin
Ian McEwan
Sharyn McCrumb
Steve Martini
Philip Kerr
Alice Hoffman
James Patterson
John Irving
Jill McGown
Alexander McCall Smith
Seichō Matsumoto