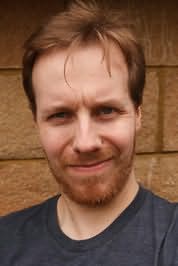 M. R. Mackenzie was born and lives in Glasgow, Scotland. He studied at Glasgow University and has a PhD in Film Studies. In 2016, he contributed a chapter on the Italian giallo film to Cult Cinema: An Arrow Video Companion.

In addition to writing, he works as an independent Blu-ray/DVD producer and has overseen releases of films by a number of acclaimed directors, among them Dario Argento, Joe Dante and Seijun Suzuki.

When he’s not doing any of the above, he works in a library, which tests his sanity and keeps him in touch with the great unwashed.

In the Silence is his first novel.