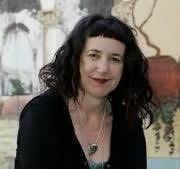 (Isobelle Jane Carmody)
Australia (b.1958)
Isobelle Carmody began the first novel of her highly acclaimed Obernewtyn Chronicles while she was still in high school. The series has established her at the forefront of fantasy writing in Australia.

Isobelle was the guest of honor at the 2007 Australian National Science Fiction Convention. She has received numerous honors for her writing, including multiple Aurealis Awards and Children's Book Council of Australia Awards.

She currently divides her time between her home on the Great Ocean Road in Australia and her travels abroad with her partner and daughter.

Chapbooks
Journey from the Centre of the Earth (2003)

Avery (2013)
(Chronicles of Kaya, book 1)
Charlotte McConaghy
"Prepare to have your heart and soul and imagination invaded."