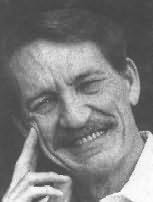 aka Dan Britain, Stephan Gregory, Don Pendleton
Don Pendleton (December 12, 1927-October 23, 1995) was a pulp fiction and mystery writer, best known for the creation of American hero Mack Bolan. The series made the men's action-adventure genre popular in the 1960s and 70s, and got him the nickname "the father of action adventure".

Pendleton served in the U.S. Navy during World War II, serving in all theaters of the war. His enlistment ended in November of 1947. He returned to active duty in 1952 during the Korean War and served until 1954. He worked as a telegrapher for the Southern Pacific Railroad until 1957, and then as an air traffic control specialist for the Federal Aviation Administration. In the 1960s, he worked for Martin Marietta on the Titan missile program. He later served as an engineering administrator at NASA during the Apollo missions. Pendleton also worked on the C-5 Galaxy transport aircraft program.

Pendleton wrote several of his earlier, non-Executioner books under the pseudonyms Dan Britain and Stephan Gregory.