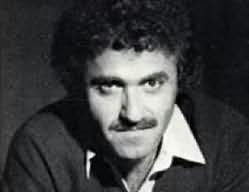 He was the first psychiatrist ever to receive a PhD. focusing on international relations, and is the only psychiatrist to ever have served as a Deputy Assistant Secretary of State. He served four presidents as Deputy Assistant Secretary of State under Nixon, Ford, Carter, and Bush Sr. and was a Senior Policy Planner under president Reagan. Dr. Pieczenik worked directly with, and reported directly to, Secretaries of State Henry Kissinger, Cyrus Vance, George Schultz and James Baker, as well as the respective White Houses. Dr. Pieczenik was drafted into the Vietnam War. He was assigned in the Public Health Services with the rank of Navy Captain (0-6) to run three psychiatric wards at St. Elizabeth's Hospital in Washington, D.C., including a ward where serial killers were housed. He was subsequently offered a promotion to Rear Admiral (0-7), which he refused on the grounds that he felt honored enough to serve his country, did not want to take a pension and wished to return to civilian life to follow his passions as a physician, entrepreneur and novelist.