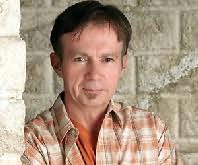 (b.1954)
Donald Ray Pollock grew up in southern Ohio, in a holler named Knockemstiff. He dropped out of high school at seventeen to work in a meatpacking plant, and then spent thirty-two years employed in a paper mill in Chillicothe, Ohio. Currently, he is a graduate student in the MFA program at Ohio State University and still lives in Chillicothe with his wife, Patsy, a high school English teacher.

Genres: Literary Fiction, Thriller
Novels
The Devil All the Time (2011)
The Heavenly Table (2016)

Some Things That Meant the World to Me (2009)
Joshua Mohr
"Joshua Mohr's scorching, jacked-up prose nearly burned my eyes out; and his main character, a young man known as Rhonda, is one of the most troubled and heartbreaking people you will ever encounter in literature."

The Heart Does Not Grow Back (2014)
Fred Venturini
"One of the most engaging and ultimately satisfying books Iâ€™ve had the pleasure to read in a long time."

Dodgers (2016)
Bill Beverly
"Not only is the fast-paced and masterfully plotted Dodgers one of the greatest literary crime novels you will read in your lifetime, Bill Beverly has also created, in the teenage boy, East, one of the most unforgettable and heartbreaking characters ever encountered in American fiction."

The Valley (2016)
Brandon Daily
"This well-crafted novel is sure to be one of the year's best."

Cherry (2018)
Nico Walker
"Someone once said there are only two things worth writing about, love and death. Nico Walker may know more about these two subjects than 99.9% of fiction writers working today. Read Cherry instead of the latest piece of fluff—it might be the only time when you truly feel a writer is actually baring their soul to you."

Who Killed the Fonz? (2019)
James Boice
"I must confess that I never watched a single episode of Happy Days during its ten-year run, but reading Who Killed The Fonz? made me wish I had. Thank you, James Boice, not only for giving us a fast-paced, entertaining novel, but for reminding us in these corrupt Orwellian/Tower of Babel times we live in now, that not so many years ago "friending" someone meant much more than just clicking on a mouse, and that doing the right thing, no matter the risk, was looked upon as honorable and something to be proud of rather than as a sucker's game."

The Narcissism of Small Differences (2020)
Michael Zadoorian
"A masterful storyteller and prose stylist, Michael Zadoorian doesn't disappoint with The Narcissism of Small Differences, a smart, briskly paced novel set in 2009 Detroit about an aging hipster and his more responsible mate struggling to keep their relationship from veering down the same path as their crumbling, economically wrecked city."

Fire in the Blood (2020)
Perry O'Brien
"Before you read Fire in the Blood--Perry O'Brien's tightly woven, fast-paced novel of crime and revenge--let me warn you that at some point you will not only wish you had written it, but also that you had the money to buy the film rights. It is that damn good."