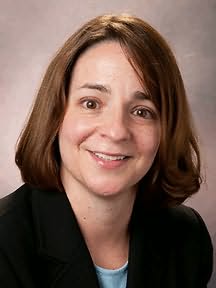 Pam Jenoff was born in Maryland and raised outside Philadelphia. She attended George Washington University in Washington, D.C., and Cambridge University in England. Upon receiving her master's in history from Cambridge, she accepted an appointment as Special Assistant to the Secretary of the Army.

Following her work at the Pentagon, Jenoff moved to the State Department. In 1996 she was assigned to the U.S. Consulate in Krakow, Poland. Having left the Foreign Service in 1998 to attend law school at the University of Pennsylvania, Jenoff is now employed as an attorney in Philadelphia, where she also does pro bono and civic work focusing on at-risk youth, hunger relief and homelessness.

My Enemy's Cradle (2007)
Sara Young
"By populating her book with complex and vibrant characters, Sara Young succeeds in bringing this previously little known aspect of World War II history to life. Young explores with an unwavering voice the timeless, universal and yet intensely personal themes of love, loss, morality and the choices that shape our lives."

The Kissing Gates (2008)
Mackenzie Ford
"Set against the panorama of the First World War, The Kissing Gates is a poignant love story, a finely woven tapestry of choice, consequence and redemption. Mackenzie Ford explores the ambiguities of the human heart with an unwavering hand, and in so doing creates a haunting and moving tale that will resonate with the reader long after he or she has finished the last page."

Every Time We Say Goodbye (2012)
Kristina McMorris
"A timeless lesson in love and loss."

The Lost Letter (2017)
Jillian Cantor
"A vivid and original book which spans World War II Austria to modern day Los Angeles. In this unforgettable tale of memories, love and reconciliation, Cantor writes with an absorbing voice and keen eye for detail that caught me up in the sweep of history."

The Cottingley Secret (2017)
Hazel Gaynor
"I adored The Cottingley Secret... Gaynor has penned in majestic prose an enchanting and enthralling tale of childhood magic, forgotten dreams, and finding the parts of ourselves we thought were lost forever."

Carnegie's Maid (2018)
Marie Benedict
"In CARNEGIE'S MAID, Marie Benedict skillfully introduces us to Clara, a young woman who immigrates to American in the 1860s and unexpectedly becomes the maid to Andrew Carnegie's mother. Clara becomes close to Andrew Carnegie and helps to make him America's first philanthropist. Downton Abbey fans should flock to this charming tale of fateful turns and unexpected romance, and the often unsung role of women in history."

The English Wife (2018)
Lauren Willig
"Lauren Willig has made a name for herself writing the finest historical intrigue and The English Wife does not disappoint - it is her best yet! Written with keen detail and subtle nuance, The English Wife is a dark and scintillating tale of betrayal, secrets and a marriage gone wrong that will have readers on the edge of their seats until the final breathtaking twist."

The Girls in the Picture (2018)
Melanie Benjamin
"Set at the dawn of Hollywood, The Girls in the Picture explores the friendship between renowned starlet Mary Pickford and screenwriter Frances Marion. With the artistry for which she has become renowned, Melanie Benjamin has simultaneously created an insightful tale of the relationship between writer and muse and a breathtaking view into Hollywood's most glittering era."

As Bright as Heaven (2018)
Susan Meissner
"Original and vivid."

The Dutch Wife (2018)
Ellen Keith
"In The Dutch Wife, Ellen Keith illuminates an important but little known piece of history from World War II: the concentration camp brothels. Keith's portrayal of Marijke's courageous yet unfathomable choice is sensitive, graceful and unflinching - and in itself brave. Readers of The Nightingale will be rewarded by this original and unforgettable tale."

The Myth of Perpetual Summer (2018)
Susan Crandall
"In The Myth of Perpetual Summer, Susan Crandall introduces us to Tallulah James, a woman who fled her the tragedies of her Southern childhood only to be drawn back to save the brother she left behind. Crandall, long known as a master for her works such as Whistling Past the Graveyard, blends with virtuoso skill the themes of loss and redemption, love and hope, while answering the question we all ask ourselves: Can we indeed go home again? Fans of Joshilyn Jackson should run for this stunner of a book."

The Masterpiece (2018)
Fiona Davis
"With her two previous novels, The Address and The Dollhouse, Fiona Davis established herself as the master of plumbing the depths of New York’s landmarks for the secrets that lie beneath. Now in The Masterpiece, Davis turns her talents to Grand Central Terminal, with a powerful dual narrative about an artist who taught at a prestigious art school in the station in the 1920s and a single mother working at Grand Central in the 1970s who discovers the remains of the art school. Davis seamlessly weaves the compelling narratives of these women against a backdrop of vivid historic detail, once again setting the standard for bringing New York’s past to life."

Promised Land (2018)
Martin Fletcher
"With his trademark deft style and expert voice, Martin Fletcher has penned the first in a three-part epic family saga, set against the rich tapestry of the creation of the State of Israel. Masterful in scope, yet intimate in lens, Promised Land is a rich tribute to the human spirit and a triumphant chronicle of one of the important events in modern history."

The Dream Daughter (2018)
Diane Chamberlain
"Chamberlain writes with supernatural gifts...fate, destiny, chance and hope combine for a heady and breathless wonder of a read."

The Gown (2018)
Jennifer Robson
"In The Gown, Jennifer Robson illuminates with her signature meticulous historical detail and sure voice the story behind Queen Elizabeth’s wedding dress... an unforgettable story of friendship, hardship and hope. Robson has managed to craft a story that is personal and universal, timely and timeless. The Gown soars!"

The Wartime Sisters (2019)
Lynda Cohen Loigman
"Loigman’s strong voice and artful prose earn her a place in the company of Alice Hoffman and Anita Diamant, whose readers should flock to this wondrous new book."

Finding Dorothy (2019)
Elizabeth Letts
"Historical fiction fans will rejoice. With meticulous research and vivid detail, Elizabeth Letts explores both Maud's life story leading up to the writing of The Wonderful Wizard of Oz, and her determination to see that the film remained true to her husband's vision as it was made in 1930's Hollywood. Letts takes readers on an unflinching journey between hardship and hope, with a catch-your-breath ending."

The Huntress (2019)
Kate Quinn
"Quinn deftly braids the stories of a female Russian bomber pilot, Nazi hunters, and a young Bostonian girl staring down evil in the most unthinkable of places. The result is a searing tale of predator and prey, transgression and redemption and the immutable power of the truth. An utter triumph!"

The Unbreakables (2019)
Lisa Barr
"Readers will delight in this effervescent cocktail of second chances, female strength, mother-daughter bonding and the truths that set us free. Smart, sure and sexy, The Unbreakables is unforgettable."

Home Front Girls (2019)
Suzanne Hayes and Loretta Nyhan
"Readers will laugh, cry, and be inspired by this timeless story of friendship and courage."