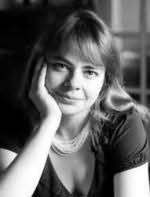 Imogen Robertson grew up in Darlington, studied Russian and German at Cambridge and now lives in London. She directed for film, TV and radio before becoming a full-time author and won the Telegraphs First thousand words of a novel competition in 2007 with the opening of Instruments of Darkness, her first novel. Her other novels also featuring the detective duo of Harriet Westerman and Gabriel Crowther are Anatomy of Murder, Island of Bones and Circle of Shadows. The Paris Winter, a story of betrayal and darkness set during the Belle Époque, will be published in the US by St Martin's Press in November 2014. She has been short-listed for the CWA Ellis Peters Historical Dagger twice and is married to a freelance cheesemonger.