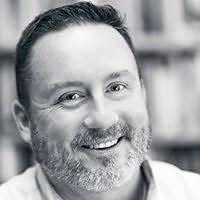 (Brian Christopher Shea)
BRIAN CHRISTOPHER SHEA has spent most of his adult life in service to his country and local community. He honorably served as an officer in the U.S. Navy. In his civilian life, he reached the rank of Detective and accrued ten years of law enforcement experience between Texas and Connecticut. Somewhere in the mix he spent five years as a fifth-grade school teacher. Brian’s myriad of life experience is woven into the tapestry of each character’s design. He resides in New England and is blessed with an amazing wife and three beautiful daughters.

Writing has always been a dream, but life seemed to find a way of interrupting. It wasn’t until recently that he dedicated time to this passion. His first book, The Camel’s Back, gave him a much-needed mental break from his work investigating atrocities against children. He allotted time in the morning each day. Usually waking at 5 to bang away on his manuscript. The second round of daily writing would occur after his children were asleep. He proved that working full-time and raising a family were no longer valid excuses to putting off his novel.

The Nick Lawrence Series launched with the March 15th, 2018 release of The Camel’s Back released. Shea kept up a relentless writing schedule and released book two, The Lion's Mouth, on July 4th, 2018. There's no stopping it now...the third installment will be released on November 23rd, 2018.

The Spider Heist (2019)
(Spider Heist, book 1)
Jason Kasper
"The Spider Heist robbed me blind, stealing both time and sleep. Once I picked it up, this book sucked me in like few others have ever done. Kasper puts you front and center in one of the best heist stories I've ever come across."

Misjudged (2020)
(Sam Johnstone, book 1)
James Chandler
"Few seasoned authors can deliver what James Chandler has with his debut novel. I'm already waiting in anxious anticipation of his next installment."