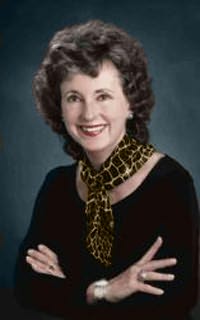 aka Margaret Major Cleaves
Margaret Major was born on February 13, 1946 in Texas, U.S.A.. She grew upin south Texas fascinated by the vast ranches, the oil industry, and thevital clash and blend of the Hispanic and Anglo cultures. Her post-secondaryeducation is as varied and far-reaching as the woman herself. She attendedDel Mar College, the University of the Americas in Mexico City, and theUniversity of Texas in Austin from which she received a B.A. in English andSpanish. She taught school for two years before going on to receive her M.A.in English and Spanish from Texas A & I University. Fluent in threelanguages English, Spanish, and French, Margaret also is an accomplishedpianist. She has played for well over 30 years and has studied music at university level.

A model of perseverance, Margaret began writing when her first child wasborn and sold her first novel six years later. "I taught myself how to writewithout the aid of other writers, writing books or writing courses. It was avery lonely and solitary pursuit." Yet Margaret never once considered givingup and, as a testament to her dedication, she has written over 45 books todate for Silhouette Desire, Special Edition and Mills & Boon SensualRomance. Her first novel for MIRA Books Wild Enough for Willa, was releasedin December 2000.

Nora Roberts has described her work thusly: "Engaging characters, storiesthat thrill and delight, shivering suspense, and captivating romance." andSandra Brown says, "Her name on the cover instantly identifies the book as agood read." It will come as no surprise to readers of women's fiction thatthey are both speaking about Ann Major. However, it may surprise her peersto know that writing does not always come easily to Margaret. "I love beinga romance writer even though writing is very hard work for me as I am notthe kind of writer who lives to write. I love my life my kids, my parents,my cats, my hobbies just the little rituals of everyday life. These preciousexperiences give me the energy and the material so that I can write." Theseshould come not only as words of encouragement to those of us who share thisstruggle but also as an indicator as to the heights can be scaled when anindividual is as focused and driven as Margaret.

A founding member of the Romance Writers of America, Margaret is also theco-author of the article "The Contemporary Light Romance" which has beencollected in the book Writing and Selling the Romance Novel.

Margaret Major Cleaves calls Corpus Christi, Texas, home when she is nottravelling. She have a screened porch in her home that is full of hangingbaskets. So, she love to eat out on this porch with her husband on coolevenings.

Cowboy For Every Mood
A Scandal So Sweet (2012)