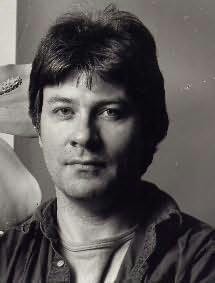 aka Christopher Carr
Laurence Staig was educated at Manchester and London Universities. Following a teaching Career In the 70's he had a spell in the Theatre as a Physical Theatre actor and Director, before taking on various roles in the Arts, including working for the Arts Council of England. He embarked on a career as an author in 1986, writing Horror, Thrillers, Mysteries and children's fiction, He has been a Co Director of John Calder Publishers and has served as an advisor on the Arts Council's Literature Panel. He worked in the USA for seven years annually with the Piccolo Spoleto Festival (Charelston, South Carolina) where he was Writer in Residence. He was founding guest Director for the Bath Festival of Literature between 1994 and 1999. He writes for The Independent newspaper occasionally (Obituaries), and teaches Film and Media Studies at a College in Cambridge for part of the week, in order to get out of the house. He lives in Cambridgeshire.
Series
Turnaround
1. The Tick-Tock Man (1998)

Series contributed to
Mutant
Carnival of the Dead (2000)