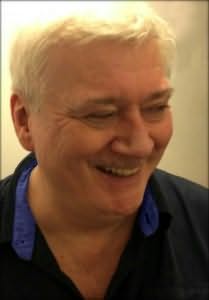 (b.1948)
Tom Savage is the author of four suspense novels: Precipice, Valentine, The Inheritance, and Scavenger. He wrote two detective novels under the name T. J. Phillips, Dance of the Mongoose and Woman in the Dark. His short stories have appeared in Alfred Hitchcock Mystery Magazine, Ellery Queen Mystery Magazine, and anthologies edited by Lawrence Block, Harlan Coben, and Michael Connelly. His bestselling novel, Valentine, was made into a Warner Bros. film. In his younger days he was a professional actor, and he also wrote a Broadway show, Musical Chairs. Raised in the Virgin Islands, he lives in New York City, where he worked for many years at Murder Ink®, the worlds first mystery bookstore. Finally now making his way online, Tom will be blogging about a variety of subjects related to mystery books, films, and more.

Omnibus
Jumbie Tea and Other Things (2014)