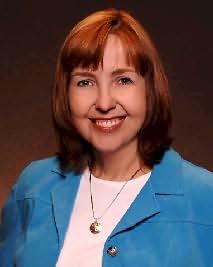 aka Gwyneth Atlee
From the historical novels that began her writing journey (written as Gwyneth Atlee and Colleen Easton) to the riveting romantic suspense that has become her trademark, Colleen Thompson writes stories that show us that sometimes, love can kill.

Now residing in the Houston area with her husband and son, Colleen works with children in addition to her writing and speaking. When she's not on deadline, she can often be found hiking with her family, playing with her pets, fiddling with her computer, or with her nose stuck in a good book.

Series contributed to
Shivers
7. Phantom of the French Quarter (2011)

Home on the Ranch Omnibus (with Angi Morgan)
Home on The Ranch: Texas Secrets (omnibus) (2018)

The Truth We Bury (2017)
Barbara Taylor Sissel
"In The Truth We Bury, Barbara Taylor Sissel ratchets up the suspense as she immerses readers in the lives of two women pushed to the limits in the days before their respective children are due to marry. Rich with beautiful prose, compelling characters, and questions about the imperfect nature of family relationships, this is one of those books that will stay with me for a very long time."
Visitors to this page also looked at these authors
Sharon Sala
Carlene Thompson
JoAnn Ross
Gwyneth Atlee
Karin Slaughter
Anne Stuart
Marie Ferrarella
Vicki Lewis Thompson
Brenda Novak
Wendy Corsi Staub
Nora Roberts
Lisa Gardner
Karen Harper
Kristin Hannah
Karen Rose
Colleen Coble