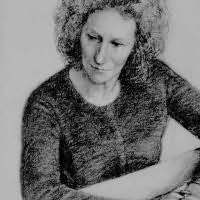 Lynne Tillman (New York, NY) is the author of five novels, three collections of short stories, one collection of essays and two other nonfiction books. She collaborates often with artists and writes regularly on culture, and her fiction is anthologized widely. Her last collection of short stories, This Is Not It, included 23 stories based on the work of 22 contemporary artists. Her novels include American Genius, A Comedy (2006), No Lease on Life (1998) which was a New York Times Notable Book of 1998 and a finalist for the National Book Critics Circle Award, Cast in Doubt (1992), Motion Sickness (1991), and Haunted Houses (1987). The Broad Picture (1997) collected Tillmans essays, which were published in literary and art periodicals. She is the Fiction Editor at Fence Magazine, Professor and Writer-in-Residence in the Department of English at the University at Albany, and a recent recipient of a Guggenheim Fellowship.
Novels
Haunted Houses (1987)
Motion Sickness (1991)
Cast in Doubt (1992)
No Lease On Life (1998)
American Genius (2006)
Men and Apparitions (2018)

Intimacies (2021)
Katie Kitamura
"Katie Kitamura's beautifully wrought novel is tense and suspenseful, a mystery about human choices. From its protagonist's work as an interpreter at the Hague, from crimes against humanity, to friendship and a love affair, the interpreter can't escape questions of judgment and justice. She balances tenuously on an ethical scale, while interpretation itself is brilliantly employed as the faulty method that subsumes all communication. Like a work by Graham Greene, INTIMACIES kept me in its tight grip."
Visitors to this page also looked at these authors
Andreï Makine
Tim O'Brien
Gish Jen
Vladimir Nabokov
Rufi Thorpe
Denis Johnson
Richard Yates
Dustin Thomason
Jean Thompson
Julie Thomas
Jack Todd
James Thurber
Elise Title
Danny Tobey
Jake Thoene
Philip Roth