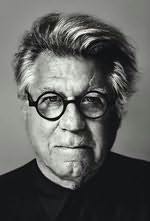 (b.1951)
Born in Baltimore, Maryland, Bradford Morrow grew up in Denver, Colorado, and has lived or worked in a variety of places. As a teenager, he traveled through rural Honduras as a member of the Amigos de las Americas program, serving as a medical volunteer in the summer of 1967. The following year he was awarded an American Field Service scholarship to finish his last year of high school as a foreign exchange student at a Liceo Scientifico in Cuneo, Italy. In 1973, he took time off from studying at the University of Colorado to live in Paris for a year. After doing graduate work at Yale University, he moved to Santa Barbara, California where he worked as a bookseller until relocating to New York City in 1981, where he founded the literary journal Conjunctions and began writing novels.

Series contributed to
Bibliomysteries
15. The Nature of My Inheritance (2015)

Mortal Love (2004)
Elizabeth Hand
"Elizabeth Hand is a writer whose vision, and whose writing into that extraordinary vision of hers, is exceptional..."

The Goat Bridge (2005)
T M McNally
"With a sensitive yet razor-sharp vision, T. M. McNally probes the deepest and most difficult aspects of life in that great century of warring, the Twentieth. The Goat Bridge is a novel of love, loss, death, conflicts of the heart as well as between men who would kill in the nameof ideology. This is a poignant, masterful work."
Visitors to this page also looked at these authors
David Morrell
Derek B Miller
Brian Panowich
Luke Delaney
Chris Pavone
Deon Meyer
Daniel Cole
Thomas Perry
Jonathan Moore
Tim Johnston
Nev March
Bryan Gruley
Tim Garvin
R G Belsky
Michael Ridpath
Liane Moriarty