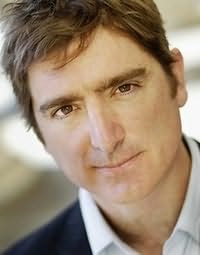 (b.1968)
Son of Paul Theroux
Marcel Theroux is a screenwriter, a broadcaster, and an award-winning novelist.

He was born in Kampala, Uganda, in 1968. He grew up in England, studied English Literature at Cambridge University and International Relations at Yale, where he specialized in  Soviet and East European Studies.

He has published five novels to critical acclaim. His second novel, The Paperchase, won the Somerset Maugham Award. His fourth novel, Far North (2009) was a finalist for the U.S. National Book Award, the Arthur C Clarke Award, and was awarded the Prix de lInaperçu in 2011.

Far North has been translated into German, Dutch, and French.  A Japanese edition prepared by the celebrated novelist Haruki Murakami was published in April 2012.

Therouxs fifth novel,  Strange Bodies, was published by Faber and Faber in the United Kingdom and Ireland in May 2013.  It will be published in the US by Farrar, Straus and Giroux in February 2014.

In addition to his books, Theroux has written a number of original screenplays and written and presented more than a dozen documentaries on subjects ranging from climate change to the Japanese aesthetic principle of wabi-sabi.