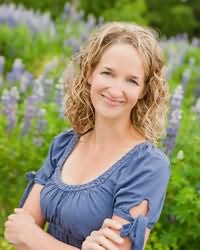 Stephanie Thornton is a writer and history teacher who has been obsessed with infamous women from ancient history since she was twelve. She lives with her husband and daughter in Alaska, where she is at work on her next novel.

Next Year in Havana (2018)
(Cuba Saga, book 1)
Chanel Cleeton
"This gritty tale pulls back the curtain on revolutionary and modern Cuba, allowing us a glimpse of the courage, heartache, and sacrifices of those who left their country in exile, and also those who stayed behind."

My Dear Hamilton (2018)
Stephanie Dray and Laura Kamoie
"Eliza Hamilton assumes her rightful place as one of America’s founding mothers as she guides first her husband and then her fledgling nation into the annals of history. My Dear Hamilton is historical fiction at its most addictive!"

The Other Windsor Girl (2019)
Georgie Blalock
"An effervescent cocktail of a read, The Other Windsor Girl gives readers a scintillating glimpse into the fast life of the British post-war aristocracy as well as a peek behind the scenes when certain royals were behaving less than royally. A must-read for fans of The Crown!"

The Girl in White Gloves (2020)
Kerri Maher
"The riveting story of a woman who everyone thought had it all, who in fact struggled and sacrificed to find her own happiness."

The Second Marriage (2020)
Gill Paul
"An intriguing behind-the-scenes look at the rivalry between two of the world’s most glamorous women."

The Woman Before Wallis (2020)
Bryn Turnbull
"Juicier than trading gossip at the Ritz, The Woman Before Wallis spills the secrets of the woman who captivated King Edward before he was the king who gave up his crown. This is a glamorous story of just how far we're willing to go for love. Fabulous!"
Visitors to this page also looked at these authors
Kate Quinn
Stephanie Marie Thornton
Christian Cameron
Stephanie Dray
Neal Stephenson
Peter Straub
Peter Tonkin
Philippa Gregory
Charles Todd
C J Sansom
Conn Iggulden
Stephenie Meyer
Ilona Andrews
Ruth Downie
Russell Whitfield
Susan May Warren