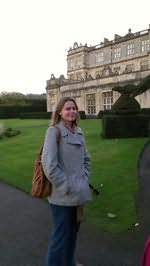 A. Meredith spent ten years as a counselor for at risk teens and children. First working at a Domestic Violence/Sexual Assault program and then later a program for children with severe emotional and mental health issues. Her former clients and their stories continue to influence every aspect of her writing.

A. Meredith recently moved to England and is trying to get used to driving on the other side of the road, eating fish and chips and all things British.