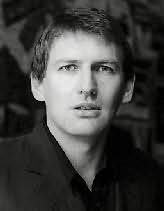 Scotland (b.1964)
Scottish novelist Alan Warner was born in 1964. Together with Irvine Welsh and A L Kennedy he is seen by many critics as one of the most exciting voices in contemporary Scottish literature.

He is the author of five novels: the acclaimed Morvern Callar (1995), winner of a Somerset Maugham Award; These Demented Lands (1997), winner of the Encore Award; The Sopranos (1998), winner of the Saltire Society Scottish Book of the Year Award; The Man Who Walks (2002), an imaginative and surreal black comedy; and The Worms Can Carry Me to Heaven (2006). Morvern Callar has been adapted as a film, and The Sopranos is to follow shortly. His short story 'After the Vision' was included in the anthology Children of Albion Rovers (1997) and 'Bitter Salvage' was included in the Disco Biscuits (1997).

Alan Warner lives in County Wicklow in Ireland. In 2003 he was nominated by Granta magazine as one of twenty 'Best of Young British Novelists'.

Omnibus
The Seal Club (2020) (with John King and Irvine Welsh)

Who Sleeps with Katz (2003)
Todd McEwen
"A laugh-aloud and bittersweet threnody... an exquisite Joycean prayer to the daily Gods of New York."

The People's Act of Love (2003)
James Meek
"Comparable with Kafka, with Moorcock and with the Russian classics, James Meek has done something unique. I know I've found my novel of the year."

Narcopolis (2012)
Jeet Thayil
"Completely fascinating and told with a feverish and furious necessity."