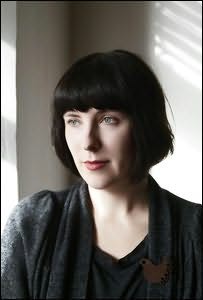 Evie Wyld grew up in Australia and London. She graduated from the Creative Writing MA at Goldsmiths University in 2005 and her short story, 'What will happen to the dog after we are dead?' was published in the anthology Goldfish: An Anthology of Writing from Goldsmiths. Her story 'The Convalescent's Handbook' was published in the National Maritime Museum anthology, Sea Stories in 2007 and 'The Building Opposite' appeared in the 3:AM Magazine anthology, London, New York, Paris. She lives in London where she is currently writing her first novel, After the Fire a Still Small Voice.

Novellas
Behind the Mountain (2016)

Ten Stories About Smoking (2011)
Stuart Evers
"With powerfully understated writing, Evers has an eye for the humor that lives alongside sadness, and above all for the humanity in the smallest of actions."

Reservoir 13 (2017)
(Reservoir)
Jon McGregor
"If you don't yet know you should read novels by Jon McGregor, then I can't help you."

The End We Start From (2017)
Megan Hunter
"An exceptional, alarming and beautiful book, which still echoes months after I finished reading it. Megan Hunter is a writer of unnerving power."